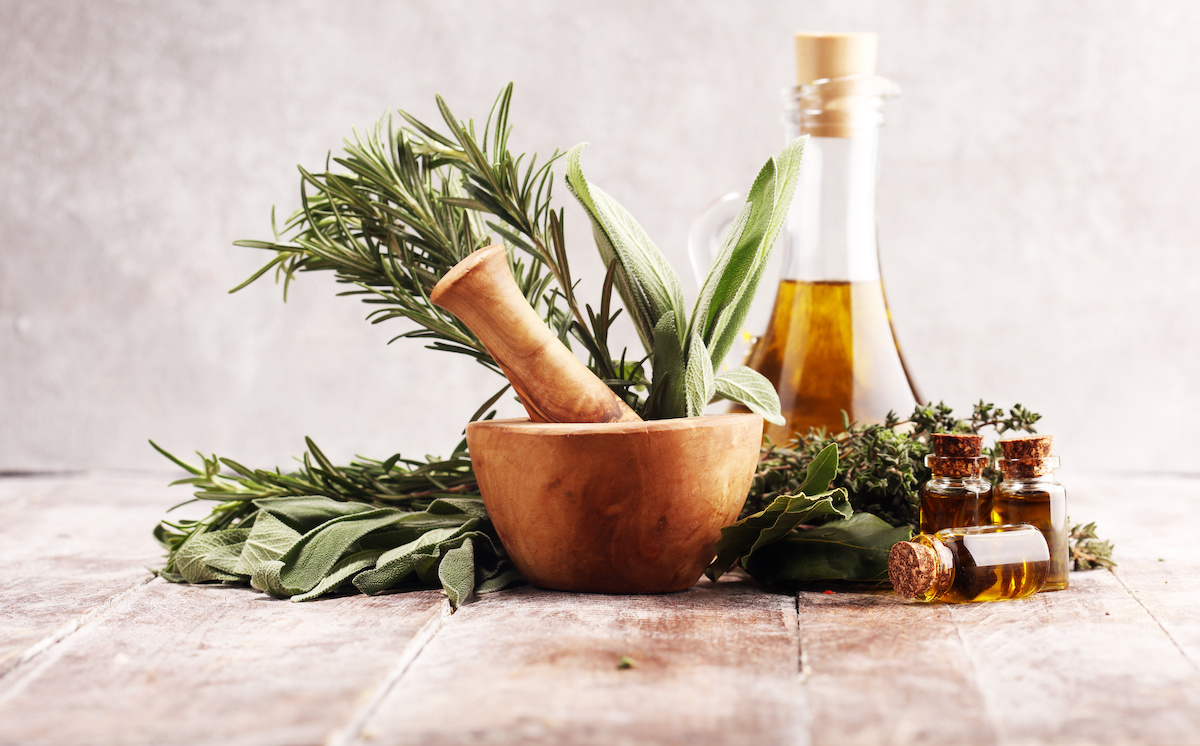 When aches and pains trouble you, do you depend on over-the-counter analgesics for relief? Did you know that many herbs and spices might be just as effective and also much safer?

Modern pharmaceuticals have been around for less than 150 years, and during this short period, many drugs have come and gone, some of them withdrawn or banned due to safety issues. On the other hand, botanicals—herbal medicines—have a history nearly as old as human culture.

It’s easier to pop a pill, but if you try some of these time-tested pain remedies, you’d be pleasantly surprised by the results, not to mention that they are much kinder to your body.

You may know cloves as a spice that imparts a sharp taste to meat dishes. Cloves are unopened flower buds of the Eugenia caryophyllata tree that grows in tropical areas. Wherever they grow, apart from their culinary uses, cloves have been traditionally used for various purposes— such as storing dried grains and pulses with a handful of cloves to protect them from insect attack. Another everyday use is for pain relief, especially as a quick remedy for toothache.

If you’re skeptical, just bite into a clove. Didn’t you get a tingling and numbing sensation on your tongue? The first level of pain relief comes from this immediate anesthetic effect. But that’s not all that clove does. Its anti-inflammatory and antimicrobial properties act on the underlying causes of pain—destroying the organisms responsible for the infection, thereby bringing down the inflammation and associated pain.

For sore throat, gargling with 3-4 drops of clove oil in a cup of lukewarm water brings immediate relief. It may even clear up the infection.

Cloves have the highest antioxidant polyphenol content, explaining why it’s excellent for inflammatory conditions like arthritis. Since clove oil is highly potent, dilute it with a carrier oil—1-2 drops of clove oil in a teaspoon of coconut oil coconut/olive oil—and apply on painful, swollen joints. Never use it on broken skin and wounds, though.

This sweet spice, commonly used to flavor baked goods and beverages, is the powdered bark of Cinnamomum sp. trees. Although you may not get the immediate numbing effect of clove from this herb, cinnamon’s antimicrobial activity is superior to clove.

According to a study comparing the effect of various essential oils on Streptococcus bacteria causing tonsillitis, cinnamon oil showed the highest antibacterial property, almost at par with the antibiotic amoxicillin. In other words, the pain relief comes most likely from removing infections, the root cause of many painful conditions.

You can brew a cinnamon tea with 2-3 inches of cinnamon bark or a teaspoonful of cinnamon powder and drink it to relieve stomach cramps.

If you are using cinnamon regularly, try to avoid the intensely flavored cassia cinnamon that contains high amounts of a toxic substance called coumarin. The Ceylon cinnamon (C.zeylanica/C.vera), also known as true cinnamon, has this in negligible quantities and is safer for consumption.

If you have ever come across eucalyptus oil, you know what “strong aromatic oil” means. Extracted from the leaves of eucalyptus trees, eucalyptus oil is commonly inhaled to relieve the symptoms of colds and chest infections. Apart from increasing mucous production to clear blockages, its solid anti-inflammatory action opens up airways and brings quick relief. It is the same anti-inflammatory action that makes it an effective remedy for arthritic and muscular pains.

Topical application of eucalyptus oil over the affected area usually brings fast relief, but it’s so strong that you need to dilute it with a carrier oil like almond or coconut oil and check your skin sensitivity on a small area first.

Peppermint may be more familiar to you as a candy flavoring, but the menthol that gives it the pleasant smell, as well as the unique cooling effect on the skin, can relieve pain, even migraine headaches.

While peppermint tea brewed from either a handful of fresh leaves or a teaspoon of dried leaf powder can calm stomach cramps, topical application of a few drops of peppermint oil will take care of tension headaches as well as migraine.

The culinary herb Rosemary’s memory and cognitive benefits are well known, but it also has surprising analgesic properties, thanks to the antioxidant, anti-inflammatory compounds it contains.

The soft, soothing fragrance of lavender essential oil is often used in aromatherapy as a stress reliever and sleep aid.

However, if you apply a few drops topically, the anti-inflammatory and analgesic properties of lavender can give you relief from pain associated with inflammatory diseases. Just make sure you dilute it with a teaspoon of carrier oil before application. Inhaling the vapors may even be powerful enough to relieve headaches.

The underground rhizomes of Zingiber officinale are widely used in Asian cooking, and its fresh aroma is known to relieve nausea and stimulate appetite.

Fresh ginger juice and ginger tea have a long history of treating tummy upsets and other digestive issues. To make ginger tea, slice some fresh ginger thinly and arrange it in the bottom of a cup. Pour hot water on top and let it sit for 5 minutes.

This golden yellow rhizome of Curcuma longa needs no introduction. Belonging to the same plant family as ginger, this herb’s antimicrobial, antioxidant, and anti-inflammatory properties are attributed to curcumin.

To get long-lasting relief from painful inflammatory conditions, drink a concoction made by boiling 5-6 black peppercorns and ½ tsp dry turmeric powder in a cup of milk for 10 minutes. If that’s too much trouble, commercially available turmeric extracts could be used. They are even more potent than the above homebrew.

These tiny aromatic fruits of Trachyspermun ammi, an herbaceous plant from the carrot family, have been traditionally used as a flavoring agent and a digestive aid in Asian countries. An herbal tea prepared by boiling 1 tsp of caraway/carrom seeds in 1 cup of water can relieve stomachache from indigestion.

Potent compounds in this herb have strong antibacterial and anthelmintic properties, which might explain its effectiveness in treating stomach pain from different causes. However, caraway should be avoided during pregnancy as it may cause abortion.

There are no surprises here because willow bark has the active ingredient salicin, which converts to salicylic acid, the compound behind the analgesic effect of aspirin. If you can’t get hold of actual willow bark to chew on or make a tea, you could easily find willow bark powder or liquid extracts to relieve chronic headaches and back pain.

Willow bark is considered safe when used in moderation, but it comes with the same risks as aspirin. Avoid this herbal fix if you have an allergy to aspirin, take blood thinners, or have stomach ulcers that may bleed.

Oil of wintergreen is distilled from the aromatic leaves of Gaultheria procumbens shrub. It is used topically to relieve various painful conditions, including headaches, menstrual cramps, sciatica, and rheumatism.

The pleasant, mint-like smell of wintergreen oil makes it a common flavoring of edibles and dental hygiene products. However, its active ingredient, methyl salicylate, carries the risks associated with aspirin and should be used cautiously and in moderate amounts.

So, the next time you are ready to open up a jar of over-the-counter pain meds, think instead of all of the wonderful alternatives that exist in nature and possibly in your very own garden!