Although Some Say it’s Not a “Real” Probiotic, Apple Cider Vinegar Still Rocks 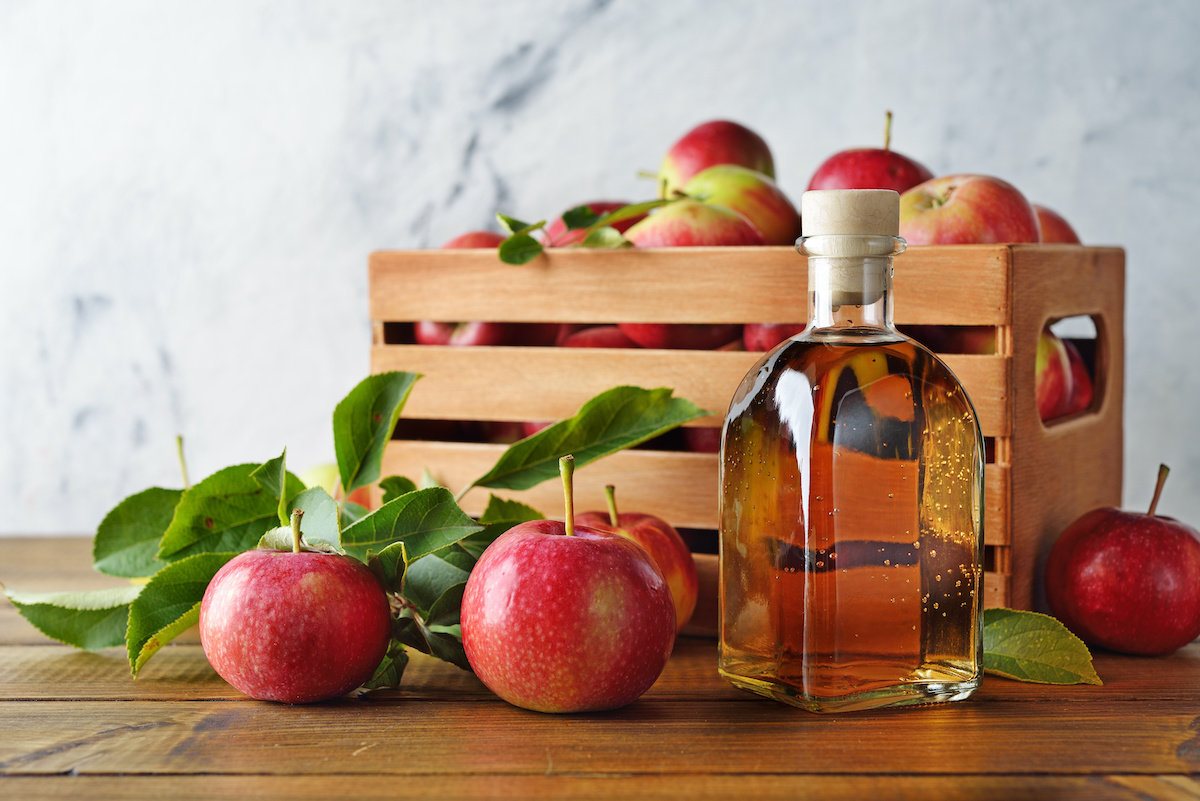 Apple cider vinegar might not be on the top list of probiotic foods, but you need not strike it off your shopping list. The long double fermentation process involved in making this vinegar renders numerous nutritional benefits over and above what you get from apples alone and makes it almost, but not quite a “real” probiotic.

ACV is made from apple cider, which is nothing but unfiltered and lightly fermented apple juice. Apples are first mashed and allowed to ferment until some of the sugar in the apple is turned into alcohol. This is a natural process aided by naturally occurring yeast. In short, you can make apple cider yourself with fresh apples.

Vinegar is prepared from the cider through a second fermentation process. This is facilitated by an apple cider mother culture containing yeasts and some bacteria. As the microbes get to work, they convert the alcohol into acetic acid, which gives the liquid the sour taste you are familiar with.

Raw unfiltered and unpasteurized apple cider vinegar looks cloudy, with suspended particles in it because it contains the mother culture. It is the apple cider mother culture in the ACV that makes this tart beverage close to being a probiotic.

What exactly does close to a probiotic mean? By definition, live microbes that give us some benefit when we eat them fall under the probiotic label. Fermented foods such as kimchi and yogurt are considered probiotic because the live organisms in them help maintain a healthy microbiome in our gut. Unpasteurized ACV does contain live culture, but these microbes are not in as great a number as those found in other common probiotic foods.

The antioxidant polyphenols and other beneficial substances in the apple that are said to “keep the doctor away” are still there in the ACV. In addition, a host of micronutrients are created by the yeasts and other microbes during the fermentation process.

How can I benefit from apple cider vinegar?

Putting all discussion of probiotics aside, here are some of the ways that you could benefit from a daily shot of apple cider vinegar.

Eat a salad with ACV-based dressing before you have a carb-heavy meal. Whether you are diabetic or not, blood sugar spikes are not good. The vinegar in the salad will keep your blood sugar levels steady.

Research has shown that vinegar taken with a meal can reduce the blood glucose load from the meal. Vinegar acts on multiple metabolic pathways to achieve this. First, it disrupts the enzymatic action converting starch into simple sugars that can get absorbed into the blood. Again, it reduces the absorption rate of glucose from the small intestine, preventing blood sugar spikes.

If you are a diabetic with what is called “the dawn phenomenon”or high fasting sugar in the morning, ACV can help you. Just drink 1-2 tbsp apple cider vinegar before you go to bed.

A study published by the American Diabetes Association traced the effect of a bedtime drink of vinegar on the fasting blood sugar level of adults with type 2 diabetes. Those who took 2 tbsp apple cider vinegar just before going to bed had lower fasting blood sugar the following morning.

This blood sugar lowering effect is thought to be not only due to vinegar preventing the conversion of starch into glucose, but also altering how the liver and the skeletal muscles metabolize glucose. Although this effect may not be sufficient to take you off your diabetic medication, it can probably help lower your current dosage. Regular use of ACV may even help reduce insulin resistance.

When vinegar can decrease starch metabolism and glucose absorption, is it surprising that it can aid weight loss? So, if you don’t want to cut down on carbs in your diet, your best option is to have some ACV with your meals. Make sure every meal includes some salads and pickles or just drink a cup of water with 2 tbsp of apple cider vinegar. Lowering cholesterol levels is another benefit attributed to the long-term use of apple cider vinegar.

Apple cider vinegar has antimicrobial properties that can take on mild infections of the skin. Wash the affected area with diluted vinegar or place a piece of cloth dipped in the solution over it. Similarly, mild cuts and bruises can be treated with vinegar. It can also take the sting out of sunburn.

The antifungal property of ACV makes it useful against oral stomatitis and thrush. For dandruff control, rinse the hair once or twice a week with ½ cup vinegar mixed in 1½ cup water.

Vinegar on its own or combined with baking soda makes a good surface cleaner. Since it does not involve any toxic chemicals, you can safely use it to clean kitchen counters, mixer jars, toys, etc.

Caution: If you are on any prescription medication, as a general rule, you should inform your physician of any dietary changes you make.